After leaving Salinas, along with of sv Party of Five, sv Sea Frog, and sv Last Tango we headed east on an overnight passage to Culebra. Although there was no wind and we were, once again, making our way under power, we had flat seas and a beautiful night, that is until the motor stalled!  She started right back up and we continued on our merry way, when, a few minutes later she stalled again! It is not like Smitty to act up like this, obviously something is wrong- better let the armada know we may have an issue. Again, she started right back up and again about 15 minutes later she stalled – this time we were dead in the water.  Captain Jesse went down below looked over a few things and decided that a fuel filter change would do the trick to resolve our issue.  We started her back up and she ran great from that point on.:)  We safely arrived in Ensenada Honda, Culebra the next day.

Culebra, part of Puerto Rico but is often referred to as one of the Spanish Virgin Islands, is located 17-miles east of the Puerto Rican mainland and about 12-miles west of St.Thomas. For such a small island she packs a ton of beauty.  There are several beautiful beaches, most of which have incredible snorkeling.  There is only one tiny little town and the only way to get there is via boat.

Hector el protector – made out of wood pallets from the junk yard by Thomas Dambos. The sculpture protects the island from visitors with bad intentions towards the nature of the island.

Flamenco Beach – voted one of the world’s most beautiful beaches 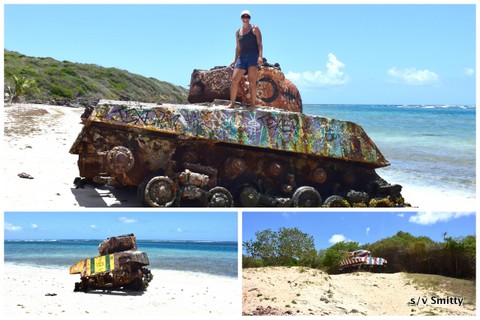 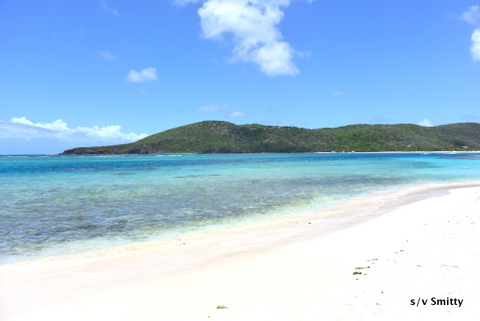 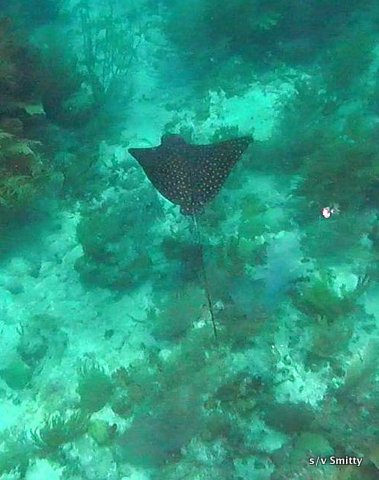 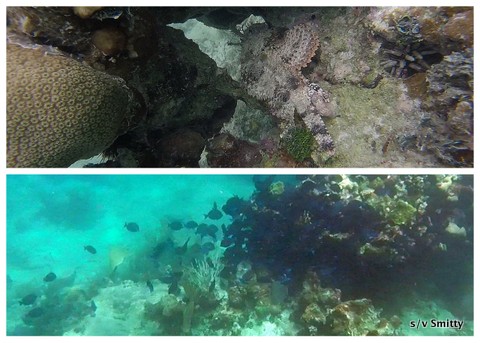 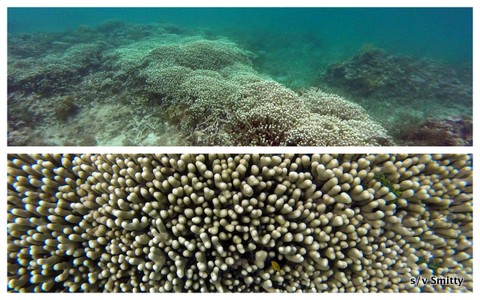 Just a stones throw from Culebra, Culebrita has beautiful beaches, great snorkeling, hiking, a lighthouse, and a bubbly pool.

Smitty at anchor in a Culebrita bay

After a short little sail over from Culebra, we hiked to the top of Culebrita to see the Culebrita Lighthouse and, of course, to take in the breathtaking views.

Once the oldest operating lighthouse in the Caribbean, Culebrita Lighthouse was closed by the US Navy in 1975. This lighthouse served as an aid to navigation through the Virgin Passage and the Vieques Sound connecting in the Puerto Rico Light System with the Cape San Juan Light. The United States Coast Guard has replaced the lighthouse with a solar powered light beacon. Over the years, several hurricanes have damaged this structure and, currently, the lighthouse is in danger of collapsing.

Culebrita has wild goats.  I thought this was a myth but Summer quickly proved us wrong.

After we went to just about every spot to snorkel and ate at Zacos Tacos at least twice (so awesome!), it was time for us to once again get a move on.  It was already August and we needed to prepare for the heart of hurricane season. Next up:  the Virgin Islands.